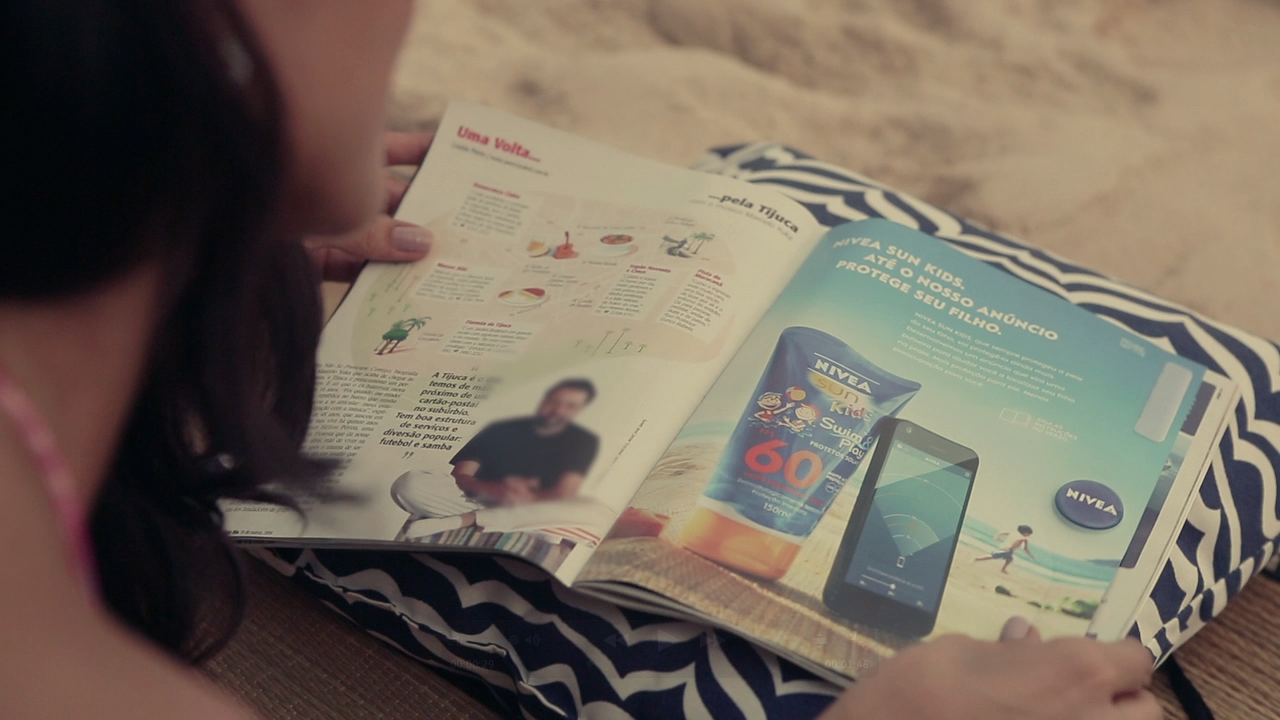 If you’re looking to escape the cold, take a quick (virtual) vacation to the beach with this incredible piece of print advertising from Nivea. Nivea, an internationally known sunscreen and skin care company, took their protection up a few levels by providing mothers with the ability to better watch their children on the beach with a print magazine ad. Yes, you read that right, a printed magazine advertisement helped keep children away from harm. Here’s how it worked!

Their campaign, which was a print and mobile execution, offered a bracelet which popped out of a print ad and could be fit onto a child’s wrist. This bracelet, when synced with Nivea’s app, allowed mothers to see exactly where their children were and also created virtual boundaries within the app’s map. These boundaries, if crossed by the child, would instantly alert the mother on her phone so that she could bring her child back to safety. As anyone with a child knows, keeping an eye on one in a crowded beach area is not only difficult, it can be dangerous. This campaign by Nivea helped relieve some of that anxiety, but also kept children away from areas where could have been harmed.

While elaborate, Nivea’s campaign is a great example of the benefits of digital and print advertising working together. The ads, which were printed in magazines targeting young mothers around Rio de Janeiró beaches, not only got people talking but also provided parents with a sense of security. Additionally, Nivea greatly benefitted as well, as they were able to get consumers to sign up for their app, and have children advertise their name via the Nivea branded bracelets. Talk about a win-win!

While this campaign’s details may be difficult for smaller companies to accomplish, the basics of combining print and digital advertising can still be accomplished through smaller marketing budgets and oftentimes yield impressive results. This is because when utilizing both mediums you can reach your audience at so many levels and in a variety of ways.

Print puts your brand physically into the hands of your customer while digital provides a continuous support of your overall message. Whether your goal is to ease the worries of parents or increase your sales, a combined approach will get you results. Together, digital and print can accomplish goals which neither could alone, making them the easy pick for your next advertising campaign. 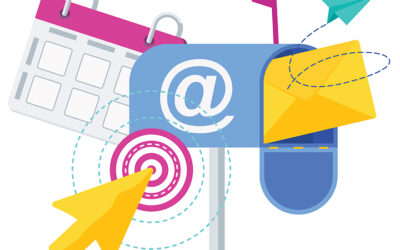 Get your stamps ready! There has long been a misinterpretation that Millennials are focused on digital and only digital. The truth is, that businesses can utilize other communication styles like direct mail to get their attention equally, if not more successfully.... 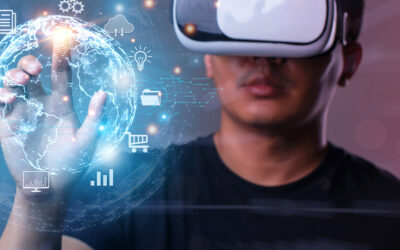 Print Has a Place in the Metaverse

Can the metaverse increase your response rates 6.5x – read on. The metaverse is the next big technology advancement set to change how people interact with one another forever. This fictional world creates a virtual space that focuses on social connection. So, what... 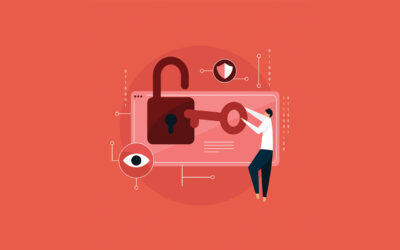 In a digital world where consumers are more and more concerned about their data privacy, major players like Apple have implemented extensive privacy protection policies and tools to provide greater security. Along with these new security measures come many new rules,... 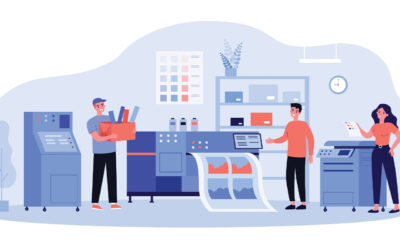 Knowing The Right Time to Refresh Your Print Collateral 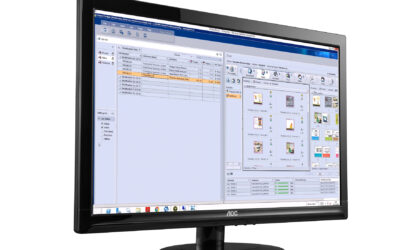 Prinect-Heidelberg system to increase print automation. [MANCHESTER, NH, February 2022—] Talient Action Group is excited to announce their implementation of Prinect a Heidelberg prepress system. The Prinect system is a prepress workflow that automates the processing... 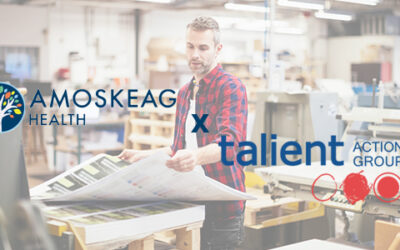 Amoskeag Health is a federally qualified health center non-profit offering family-oriented primary care and support services. Through all its programs, Amoskeag Health serves over 14,579 patients annually across four locations. They struggled with managing their print... 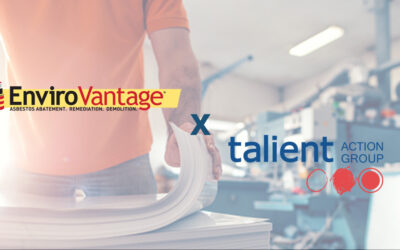 One-Stop-Shop for Print and Specialty Items

NH-based EnviroVantage provides a full suite of environmental, demolition, and indoor air quality services offered from multiple locations in the northeast. EnviroVantage was looking to save time and money—they wanted to keep their print and promo items local and the... 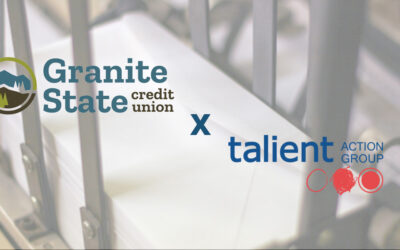 The Best of Human Relationships and Online Tools

Granite State Credit Union has been a client of Talient Action Group for nearly two decades. When GSCU was rebranding, Talient Action took the opportunity to help GSCU reimagine their print buying process and tools. We knew it was our responsibility to help our client... 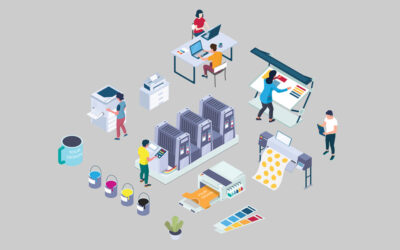 Saving Time and Budget As a franchisor, it can be challenging for your franchisees to execute marketing on their own. They want help, but sometimes feel ‘corporate’ materials do not fit their local market. Conversely, franchisees that go rogue might not fit in with... 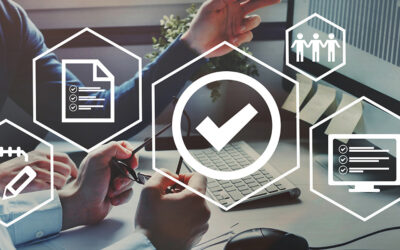 Reduce Print Costs With The Right Mix of On-Demand, Stored, and Automated Production

Over the last decade, your print marketing dollars per prospect or client should have dropped. YES, the average cost per person to market through print is decreasing. Have you experienced this decrease? Production can be costly, but a great printer has a diverse... 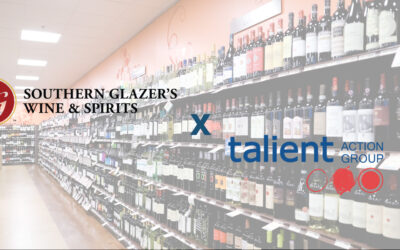 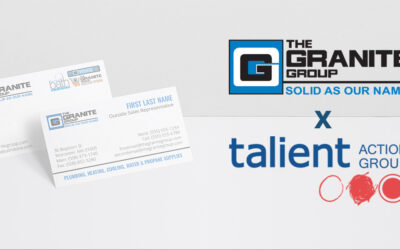 The Granite Group is a regional wholesale distributor of plumbing, heating, cooling, water, and propane supplies headquartered in Concord, NH with multiple distribution centers and branches throughout the Northeast. The Granite Group also operates retail showrooms...